SR CarnoSyn® and carnosine have an important role to play when it comes to heart health, impacting not just the health of the arteries, but also indirect benefits. Researchers have confirmed carnosine’s immune boosting, antioxidant, anti-glycation, anti-ischaemic and chelating roles,1 which benefit the symptoms of cardiometabolic syndrome, from insulin resistance to hypertension. A 12-week carnosine supplementation regimen resulted in increased concentrations of carnosine in the urine and differences in insulin sensitivity and insulin secretion compared to placebo as well as normalization of glucose intolerance and reduced 2-h insulin levels in a subgroup of individuals with impaired glucose tolerance.2

Two follow-up studies may tell us why. First, researchers randomly assigned overweight or obese adults to receive either 2 g of carnosine or placebo for 12 weeks. They found the supplement decreased concentrations of a hormone released from fat cells as well as a marker associated with inflammation and insulin resistance.3 This led them to believe that carnosine supplementation may normalize glucose metabolism in overweight and obese individuals.

To that end, research also shows that carnosine can improve the lipidome (i.e., maintain the good cholesterol like phosphatidylcholine) in overweight and obese individuals.4 Groups were assigned to receive either 2 g of carnosine or a placebo daily for 12 weeks. Ultimately, supplementation was found to maintain free cholesterol levels compared to the placebo and have beneficial effects on the lipidome. This, researchers say, is associated with improved insulin sensitivity and secretion, which we know is key to heart health, even if indirectly.

Other studies have examined carnosine’s direct benefits for the heart. One main reason is that cardiac muscle, like skeletal muscle, is rich in carnosine.5,6 One such small animal study found that supplementation of carnosine can decrease the formation of atherosclerotic lesions, an advanced symptom of fatty plaque in the arteries.7 How? Researchers speculate that carnosine facilitates the removal of harmful aldehydes, leading to the prevention of plaque buildup. Other researchers found different mechanisms that carnosine can protect the heart by regulating calcium flux and cardiac contractility.8-10

Yet another study confirmed that carnosine may entrap aldehydes (in this case, acrolein), which are linked to heart disease.11 This research, which supplemented overweight individuals with 2 grams of carnosine daily, found that carnosine can react with reactive carbonyl species, or molecules with known associations to the onset and progression of several human diseases.

The challenge? Previous studies have demonstrated that exercise results in aldehyde production. The good news is that supplementation with beta-alanine may help. Fourteen cyclists were supplemented with beta-alanine for 28 days, and researchers found that the resulting carnosine may function as an aldehyde-scavenger in skeletal muscle, essentially detoxifying the body of the aldehyde formed during exercise.12 Not only in muscle, acrolein can also come from environmental pollution and from lipid peroxidation in our bodies.13

Carnosine protects heart health as an acrolein scavenger as the heart and vascular system are particularly sensitive to acrolein. In short, this study suggests that beta-alanine supplementation can benefit athletes who engage in intense training regimens and are at risk for developing increased aldehyde levels.

In conclusion, carnosine’s function as an acrolein and aldehyde scavenger in skeletal muscle and other tissues provides the detoxification pathway and the potential benefits against the abnormal oxidative stress, and promotes heart health. 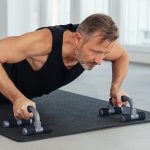 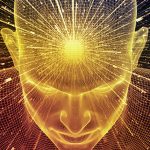