The Antioxidative Effects of SR CarnoSyn®

A powerful antioxidant, carnosine can impact a variety of the body’s systems. The antioxidative effects of elevated carnosine levels have potentially interesting effects on health. Oxidative stress is part of the pathology associated with several health challenges. One animal study found that L-carnosine supplementation can increase antioxidant activity, decrease lipid peroxidation in the serum, liver, and skin, and positively modify blood lipid profiles.1 Carnosine was shown to increase survival and significantly ameliorate pathological lung conditions including lesions in lungs in another animal study.2

Immune support is far from a winter-specific concern for many consumers. Rather, consumers rightly connect immune health with general health and wellness, and thus are increasingly interested in supporting a balanced immune response as an important part of systemic system protection.

Beta-alanine and carnosine seem to consistently be associated with an improved outlook that is coupled with reduced feelings of occasional, everyday anxiety. A recent paper was conducted in college-age students, who were provided with beta-alanine for two weeks.7 Students who received beta-alanine supplementation experienced significant reductions in subjective feelings of occasional depression. In another study that provided more than 100 adults with a soft drink containing carnosine, it was reported that the consumption of one bottle a day for four weeks resulted in significant reductions in feelings of intermittent depression compared to those adults consuming a placebo drink.8

1Kim MY et al. “Effects of alpha-lipoic acid and l-carnosine supplementation on antioxidant activities and lipid profiles in rats.” Nutrition Research and Practice, vol. 5, no. 5 (October 2011): 421-428 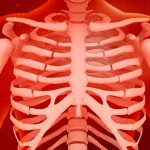