SR CarnoSyn® supports muscle health by providing a larger serving of beta-alanine, which is essential for mitigating muscle fatigue and burning during exercise as well as supporting muscle mass and function overall. What’s more, SR CarnoSyn® provides these benefits without the pesky “pins and needles” sensation caused by other forms of beta-alanine supplementation.

Is all beta-alanine created equal for muscle support? Not even close. Researchers have identified significant differences between instant-release and sustained-release formulations, especially when it comes to muscle health.

In one study1, researchers found that consuming 6 g per day of sustained release beta-alanine (SR CarnoSyn® from Natural Alternatives International), produced a 50.1% increase in muscle carnosine content after 28 days of supplementation. The other formulation, an instant-release supplement, also boosted muscle carnosine content, but the increase was 16.4% less than in the sustained release group. At the same time, symptoms of paresthesia (i.e., the sensation of “pins and needles”) were significantly more frequent in the instant-release group compared with the sustained-release formulation that releases the active ingredient gradually, reducing the pins and needles sensation. Not only that, as a result of this benefit, the sustained-release formulation allows for a greater daily dose to be consumed.

The bottom line? This study broke ground, with researchers pointing to only sustained-release beta-alanine as potentially capable of producing a significant increase in muscle carnosine without paresthesia side effects.

The consumer base for SR CarnoSyn® isn’t limited to athletes. Anyone who wants to maintain muscle health throughout their lifespan—especially aging adults—may benefit, since systemic carnosine levels decline naturally with age. In fact, a 2007 study showed that carnosine levels were 53.2% lower in the muscle fibers of older subjects aged 65–80 than younger subjects aged 20–35.2 Supplementing with beta-alanine may slow down this decline by increasing carnosine.

Is beta-alanine the reason for this difference? Researchers supplemented healthy elderly subjects between the ages of 60 and 80 with either beta-alanine (two 800-mg SR CarnoSyn® tablets, twice daily) or a placebo for 12 weeks. The SR CarnoSyn® group showed significantly increased muscle carnosine content (up 85.4% versus 7.2% in the placebo group) and improved time-to-exhaustion in a constant-load submaximal test (up 36.5% compared to 8.6% in the placebo group).3

Yet another study4 on older adults found that physical working capacity can also improve with beta-alanine supplementation. Subjects were assigned either an oral nutritional supplement, the supplement plus 1.6 g per day of beta-alanine, or the supplement plus 2.4 g per day of beta-alanine. At the end of the 12-week study, both beta-alanine groups showed significant increases in their physical working capacity at fatigue threshold, as well as their lower body functionality measured by a sit-to-stand test. The 2.4-g group showed the improved muscle strength on the handgrip test.

The benefits of beta-alanine supplementation are suitable for all populations with different activity levels. Researchers examined the effects of beta-alanine supplementation on isokinetic strength as well as handgrip strength and body composition in female masters cyclists. Twenty-two subjects were randomized to receive either placebo or 800 mg beta-alanine plus 8 g dextrose four times per day for 28 days. At the end of the study, isokinetic strength was significantly increased in the treatment group as opposed to the placebo group, demonstrating that the ingredient can improve exercise performance in female masters athletes.5 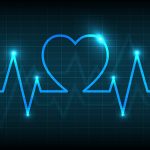