We can all say that this is an unprecedented period in our lives. The concept of social distancing, no external recreational outlets, no restaurants, no trips to movies, all translate to less of the comforts that we generally take for granted. This may lead to occasional feelings of loneliness, depression and other feelings of psychological distress1. Going outside is not an option, so what can we do? Obviously, staying busy helps to keep you focused and on task. However, the psychological stress of confinement indoors is an issue. These stressors may affect your body and brain, which can further increase your feelings of periodic stress. Although keeping busy may prove to be an effective stimulus, staying home also creates a more sedentary lifestyle that has many potential health consequences including cognitive impairment in adults2.

There are certain dietary supplements that may naturally help to offset some of these chemical changes in the body. One of these supplements is the amino acid, beta-alanine. Once consumed, beta-alanine combines with another amino acid called histidine to form the compound carnosine in muscle and other tissues in the body, including the brain3. Carnosine has been shown in a number of studies to be very effective at reducing episodic anxiety and depression in numerous models of stress4-9. In several animal studies, beta-alanine ingestion has consistently demonstrated that it increases neurotrophins in the hippocampus of the brain, which is an area that is responsible for behavior and memory. Neurotrophins provide support for neurons which help to maintain normal functioning of the brain. Stressful conditions tend to coincide with decreased expression of neurotrophins, which also corresponds with decreases in healthy neuronal function. When beta-alanine was provided to animals that were subjected to stress, the expression of neurotrophins was higher, which was associated with reduced incidental anxiety in both young5-7 and older animals5. A recent paper by Varanoske and colleagues8 was conducted in college age students, who were provided with beta-alanine for two weeks. Those students who received beta-alanine supplementation experienced significant reductions in subjective feelings of occasional depression. In another study that provided more than 100 adults with a soft drink containing carnosine, it was reported that the consumption of one bottle a day for 4-weeks resulted in significant reductions in feelings of intermittent depression compared to those adults consuming a placebo drink9.

Beta-alanine supplementation seems to consistently be associated with an improved outlook that is coupled with reduced feelings of occasional anxiety. While you are thinking of how to enjoy your days, begin to ponder , “What supplement can I consider that will help me achieve the mood state that I desire?” 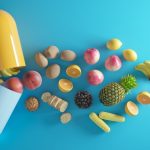 Understanding the Role of Nutrients in Human Immune Response MetricsUncategorized 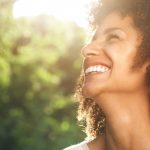