According to the Council for Responsible Nutrition, 75% of people in the U.S. take dietary supplements. Those who commit to a regular regimen are motivated by a desire to maintain their health[1]. Rather than addressing a specific condition, consumers are primarily concerned with systemic protection which regulates and protects blood sugar levels, immune system response, and the production of antioxidants. SR CarnoSyn® beta-alanine can help consumers of any age take a positive step toward systemic health. 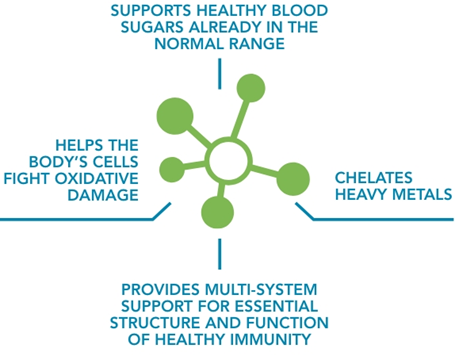 Consumers rightly connect immune health with general health and wellness. This connection fuels the continually increasing interest in supporting a balanced immune response and overall systemic protection. Daily consumption of beta-alanine results in an increase in carnosine levels in various tissues in the body including muscle and brain.[2] A powerful antioxidant, carnosine can impact a variety of the body’s systems since oxidative stress is part of the pathology associated with several health challenges. Elevated carnosine levels resulting from beta-alanine supplementation have been shown to have antioxidant properties, which have many positive health benefits in the body.

Beta-alanine and carnosine are also consistently associated with an improved outlook coupled with reduced feelings of occasional, everyday anxiety. A recent paper was conducted on college-age students, who were provided with beta-alanine for two weeks.[3] Students who received beta-alanine supplementation experienced significant reductions in subjective feelings of occasional depression. In another study that provided more than 100 adults with a soft drink containing carnosine, it was reported that the consumption of one bottle a day for four weeks resulted in significant reductions in feelings of intermittent depression as compared to those adults consuming a placebo drink.[4] This data demonstrates that beta-alanine plays an important role in healthy, balanced immune responses to various stressors and thus supports overall systemic protection.

The Science Behind the Results

There are many immune support supplements on the market that make multiple claims. SR CarnoSyn® has the science behind the results to back up its immunity claims and set your product apart. It is clinically proven to safely and effectively provide all the benefits of elevated carnosine levels through beta-alanine supplementation. Feel confident about sharing SR CarnoSyn® with your customers knowing that it has been rigorously studied by scientists and doctors at major universities. These additional studies highlight the measurable results and the science behind the benefits.

In one clinical study, 20 subjects from an elite combat unit were randomly assigned to either beta-alanine or placebo for seven days between two intensive training periods. During the second training, after receiving supplementation, the beta-alanine group displayed greater increase in circulating IL-10 concentrations, showing that beta-alanine supplementation supports a healthy immune system.[5] The resilience to stress from SR CarnoSyn® beta-alanine has also contributed to overall immune health in various animal models of post-traumatic stress,[6] mild traumatic brain injury,[7] and heat stress[8].

Delivering the Benefits of SR CarnoSyn® to Your Customers

Consumers are taking their routine vitamins and herbal supplements to improve their immune function and SR CarnoSyn® beta-alanine should be their top choice for overall systemic protection based on the scientific findings. SR CarnoSyn®’s patented formula is not only proven safe and effective, it is also consumer-friendly. Dosing has been perfected to deliver 2.4 grams of beta-alanine in the form of two tablets taken twice daily. SR CarnoSyn® is available as a branded, turnkey addition for your product line. Whether you are a healthcare practitioner or a natural products brand looking for the latest in health science innovation, we’re here to help you offer something revolutionary. Learn more about systemic health benefits of SR CarnoSyn®–a game-changer for your customers and your brand. 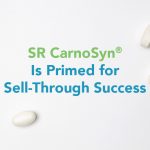 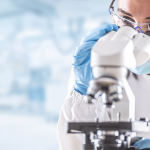 The Mechanism of Action Behind SR CarnoSyn®Branded Products, Health Benefits