Carnosine has the potential to perform a number of different physiological tasks in muscle, including acid-base buffering capacity, metal ion chelation, antioxidant activity and protein carbonylation and glycoxidation inhibition (Boldyrev et al., 2013). This makes it a potential factor to support health and healthy aging via several different mechanisms. Since it is known that beta-alanine ingestion at high doses (>1.6 g/day) can increase muscle carnosine content (Rezende et al., 2020), this makes it a supplement of interest to improve health, combat aging and even in the battle to treat certain conditions. Additionally, it is known that beta-alanine supplementation can be of benefit to athletic individuals looking to improve exercise capacity and performance.

High-intensity exercise can lead to acidosis in the muscle, which has a negative impact upon exercise performance. Since carnosine is involved in muscle buffering capacity, it works to buffer this acidosis during high-intensity exercise. We can supplement with beta-alanine to increase our muscle carnosine content, which improves our muscle buffering capacity and is of interest to competitive athletes as it may lead to improvements in exercise performance.

Beta-alanine for sports performance should be supplemented chronically, at a dose of 3.2 – 6.4 g/day fractioned over smaller doses throughout the day (0.8-1.6 g every 3-4 h) to avoid itchiness, a common side-effect. Individuals can expect to start seeing performance benefits after approximately 4 weeks of supplementation and there is solid evidence to suggest that longer-term supplementation will not lead to any health concerns (Dolan et al., 2019; Saunders et al., 2020).

The diverse physiological properties of carnosine (Boldyrev et al., 2013) mean that it has a large potential to act as a therapeutic agent (Artioli et al., 2018). Lipid peroxidation is a metabolic process which leads to the oxidative degradation of lipids, causing secondary lipid oxidation products can react with DNA and proteins, compromising their structure and function resulting in cell damage. Since this peroxidation occurs continuously during physiological and pathological processes, the detoxification of these end-products is an everyday necessity for normal cellular function. Several studies have shown the ability of carnosine to prevent the formation of advanced lipid peroxidation end-products (ALEs) and advanced glycoxidation end-products (AGEs), both of which are involved in the aging process as well as the onset of oxidative-based diseases (e.g., diabetes, atherosclerosis, and Alzheimer’s) (Boldyrev, 1993; Boldyrev et al., 2013). One study has shown that the reactive aldehydes produced during high-intensity exercise are scavenged by muscle carnosine, and that following beta-alanine supplementation, the amount of detoxification increases (Carvalho et al., 2018). Thus, beta-alanine may provide protective health benefits to athletes during intense training periods, while also providing direct evidence that it may be of benefit to those with an increased requirement to detoxify reactive species (e.g., disease states).

The World Health Organization predicts that the proportion of the world’s population over 60 years of age will almost double from 12% to 22% between 2015 and 2050. Skeletal muscle and physical function are critical throughout the aging process. Unfortunately, aging is associated with a loss of skeletal muscle mass and skeletal muscle function which contribute to an increased risk of falls, reduced mobility, and further progression to frailty in the elderly. The progressive loss of muscle mass with aging is termed sarcopenia, and occurs as early as the fourth decade of life although becomes detectable for most individuals in their 50s (McKendry et al., 2020). In addition to a physical loss of both type I (slow twitch fibres that are required for endurance activities) and type II muscle fibres (fast twitch fibres that are required for intense activities like sprinting and lifting weights) (Verdijk et al., 2010), aging is associated with a progressive decline in muscle carnosine content (Baguet et al., 2012; Tallon et al., 2007). This may be due to several factors including reduced physical activity, reduced meat intake, and the result of progressive denervation. Since muscle carnosine appears to play an important role for exercise capacity and delaying fatigue (Baguet et al., 2010; Saunders et al., 2017; Stout et al., 2008), a loss of muscle carnosine content likely at least partially explains a loss of physical working capacity in older individuals.

Part of any beneficial effect of beta-alanine supplementation on improved aging may be in countering the muscle carnosine losses shown with aging. Beta-alanine supplementation has consistently been shown to increase muscle carnosine content across a variety of upper- and lower-body muscle groups, and all individuals can expect an increase (Rezende et al., 2020). Increases in muscle carnosine in older adults (60-80 y) have also been shown (del Favero et al., 2012), with similar increases to those shown in younger individuals. This increase in muscle carnosine was accompanied by an improved exercise tolerance in two different exercise tests performed on a treadmill, namely a submaximal constant-load test (running speed remains constant), and an incremental test (running speed increases over time), both performed to exhaustion. Another study showed that beta-alanine supplementation delayed the onset of neuromuscular fatigue by ~29% in older adults (55-92 y) during cycling exercise (Stout et al., 2008). Similarly, when a nutritional supplement (containing carbohydrate and protein) was fortified with beta-alanine, physical working capacity of older adults (~70 y) was improved by ~15% (McCormack et al., 2013). Thus, beta-alanine supplementation could help older adults in their ability to tolerate physical activity and exercise, which may have clinically relevant implications for daily living and performing and adhering to exercise.

It must be acknowledged that although beta-alanine supplementation has been shown to improve exercise tolerance and delayed muscle fatigue, measures of muscle function and quality of life were unaffected (del Favero et al., 2012). Specifically, timed stands, the timed-up-and-go test, and hand-grip strength were not improved, nor was quality of life as measured via questionnaire (Brazilian version of the Short-Form Health Survey; Ciconelli et al., 1999), was used to assess quality of life. Nonetheless, this lack of changes may be since the elderly population recruited were healthy and functional at baseline, and improvements cannot be ruled out had the elderly population been frail. Furthermore, changes in some of these tests may only be expected when supplementation is combined with an exercise training program. For example, improvements in handgrip strength are not trivial to achieve. A recent study with young men undergoing a 3-week handgrip training program showed no improvements in handgrip strength (Bartolome et al., 2021). Nonetheless, when combining a strength training program and whey protein, or whey protein and creatine supplementation, handgrip strength was improved (Collins et al., 2016). Therefore, since beta-alanine supplementation can improve exercise tolerance in older adults, it is possible that combining beta-alanine and training will lead to greater physical improvements than training alone, as has been shown in younger adults (Milioni et al., 2019).

Beta-alanine is a potent ergogenic aid that has consistently been shown to improve exercise capacity and performance. There are potential health benefits related to the many potential roles of carnosine. Elderly individuals have lower carnosine content than their younger counterparts. Beta-alanine supplementation increases muscle carnosine content in the elderly and may lead to clinically significant improvements in functional capacity, helping them to perform exercise and daily living tasks in support of a healthy, active lifestyle. 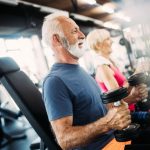 Why Exercise is Essential for Healthy AgingHealth Benefits 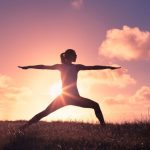